Topics related to the server software (not campaign)

So I seen that Lando is interested in something similar to this. We've been doing informal little tournaments over on Megamek's slack client http://megamek.org:3000/ in #findagame mainly to test out new releases for bugs and just try and grow the community. But, we could do that same thing here and run it on the MekWars Discord client.

What I have been doing is /roll 1D5 for Intro - Modified(customs would then /roll 1D4 again for tech level).
/roll 1D4(if intro) for light-assault or 1D8 for IS light - Clan Assault.
/roll 1D4 for 1-4 mechs / player.
Max BV is per with "with" piloting skills so, we have been noticing that players who low ball the BV of a mech and put elite pilots in them tend to win the game. 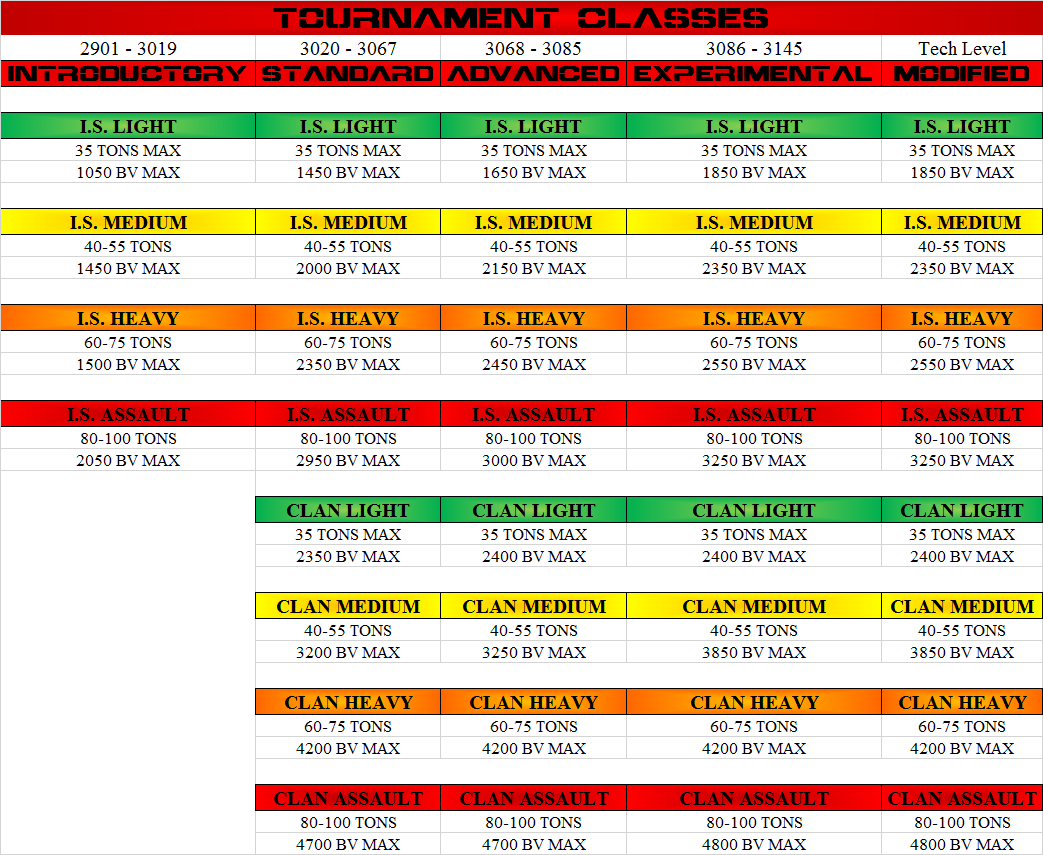 And then can do double-elimination brackets where if a player is defeated in the upper bracket they drop down to the lower bracket and can fight their way through that and still get a shot at being the champion. Can do best 2/3 if players want.

Or can do round robin where everyone gets a turn to fight everyone else. Score is determined by enemy bv / your bv * 100. Wins enter a 1 in the box that lines up with the opponent, losses are a 0, and ties are 0.5 so you will get half the points in that case. Highest score wins. 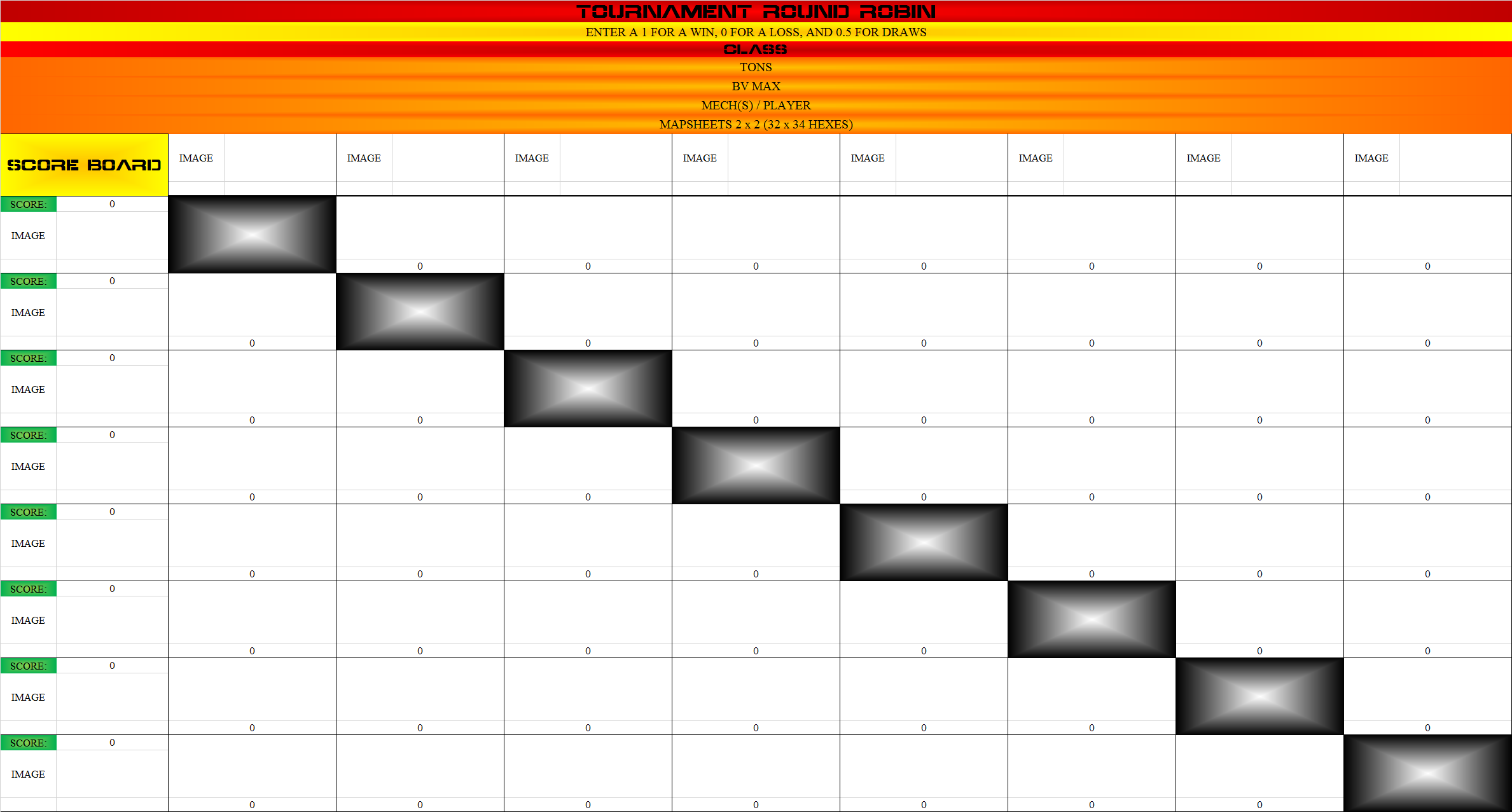 I like the generated map settings in megamek so I use this table to roll on and generate a random 2x2 mapsheet board each game.

And then we can keep track of the champions for each tournament and when that exact same tourney is completed a second time that champion will face the previous champion from the leaderboard for the title shot. If previous champion won during a 1 on 1 game and the next challenger was during say a 3 on 3 game then of course would allow the 1 on 1 champion to pick 2 more mechs or have the new challenger fight with just one mech whatever people decide. 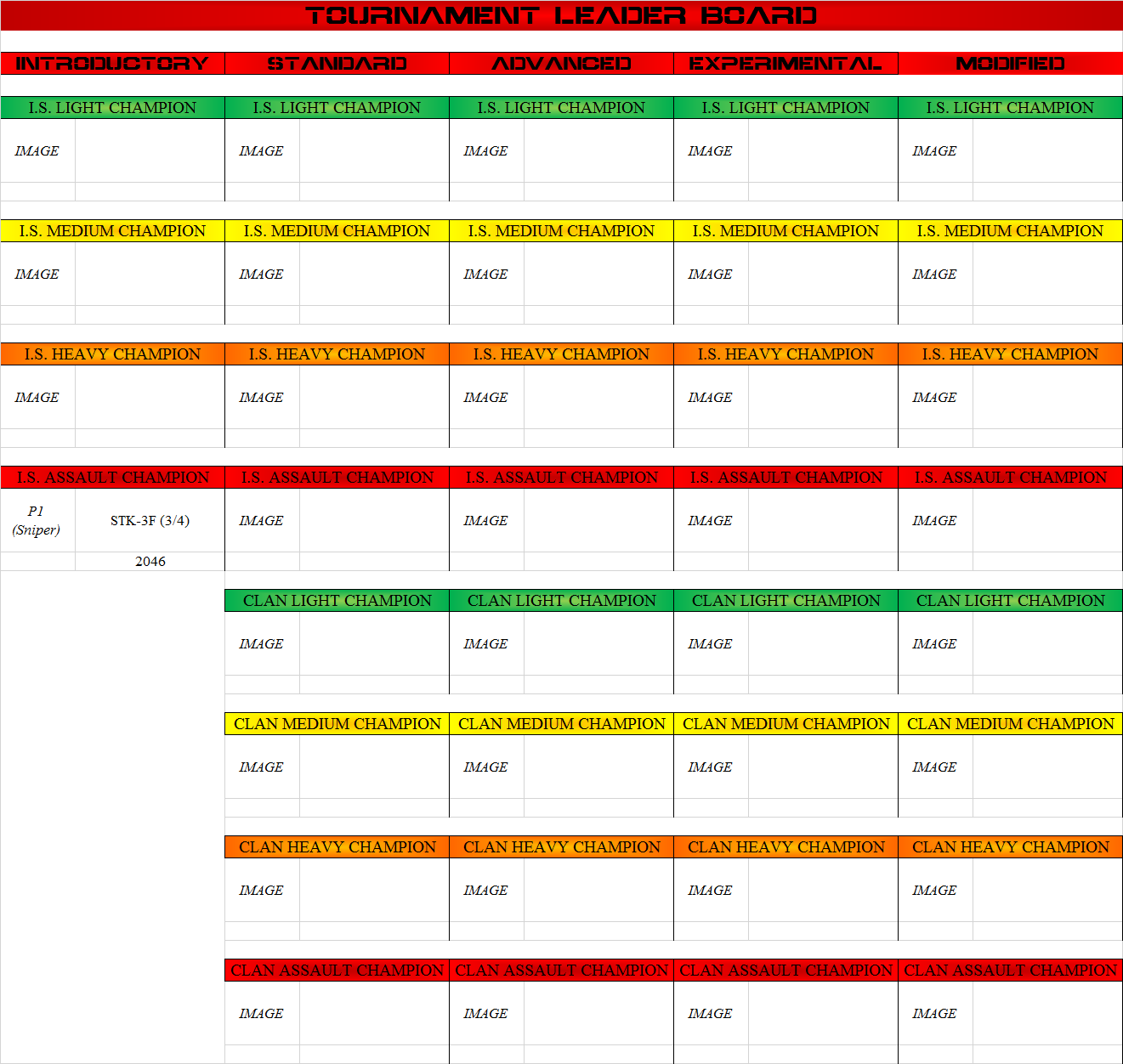 Decided to give it some more variety and set the max BV as the highest BV unit of each type with a green pilot so stuff isnt so ridiculous with elites in everything. 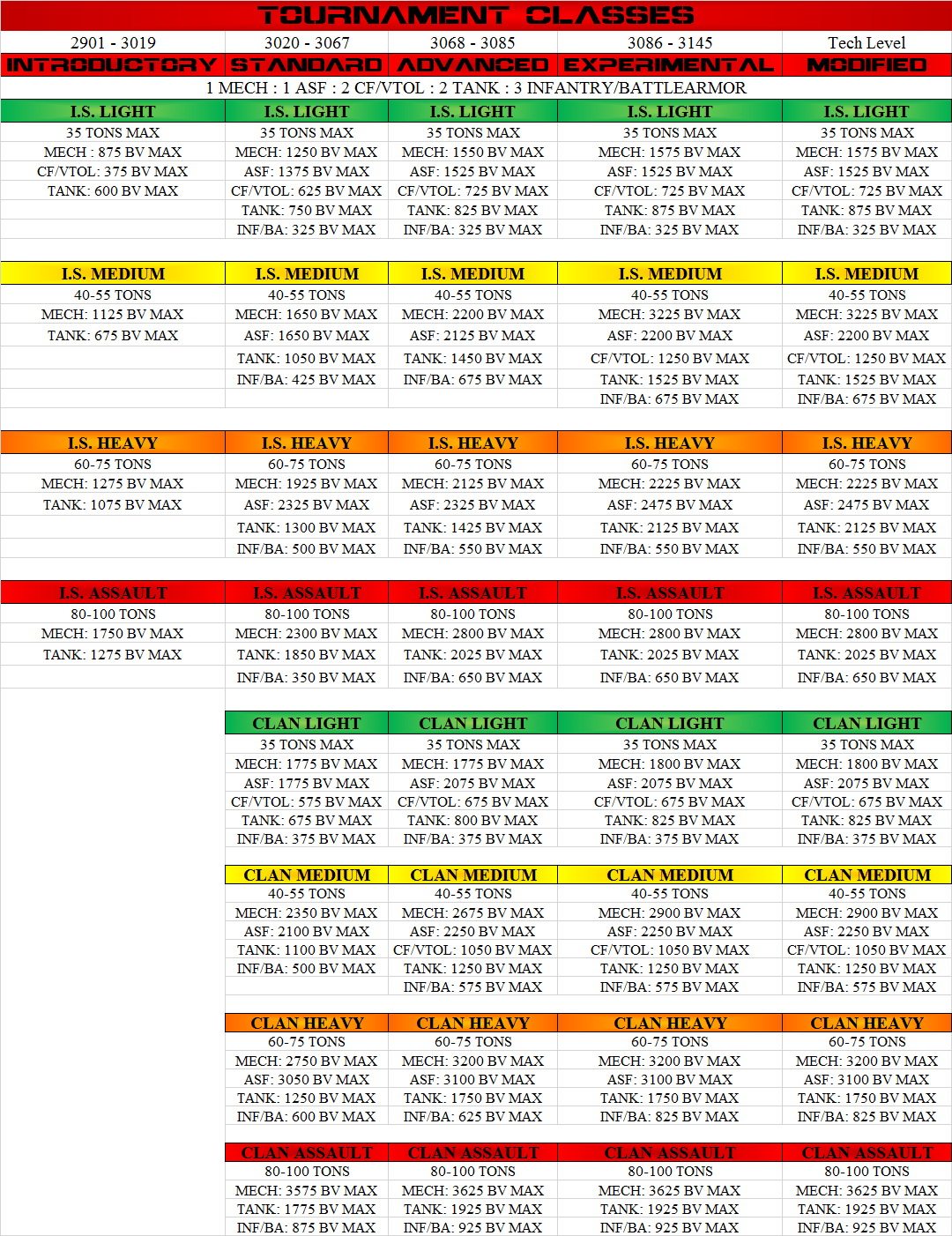 Fixed all the images. Didnt realize they wouldnt show to players who are not logged into slack (why didn't yall say something?).
Top